EN ROUTE to eat lunch at North Star Deli, I had South West France on the brain.

As it turns out, that’s the very reason it’s named North Star: ‘a guiding light to good simple food’.

I’d not so long returned from Averyon in the Midi-Pyrenees on what was, for me, an uncharacteristically cultured trip; lacking in partying but full of good food, architecture and wine.

While there I was to meet three starred Michelin chef Michel De Bras in one of those rare and fantastic moments when you’re both in and out of your depth.

He talked with me and my fellow tour groupies, after stunning us silent with a meal bound in simplicity. Bras gushed about local produce and his frugal mother’s stuffed tomatoes with stale bread.

In Rodez, Aveyron, my eyes were opened to minimalist food, skillfully made and packed with colours and flavour.

I’ve been harping on about it since I boarded a flight back home. Oh France. Oh Averyon. Oh three Michelin Stars.

At North Star Piccadilly I’d be allowed to maintain a happy equilibrium between my new rural France ideals and my habitual city living. 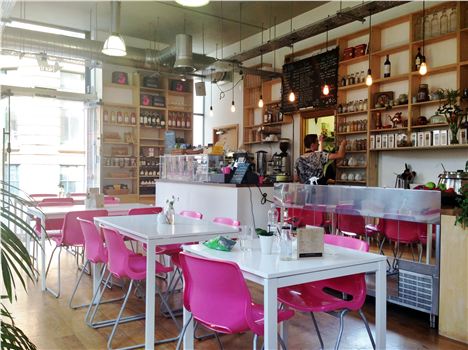 Situated on Dale Street you find the deli by walking in the opposite direction from the bustle of midday Thomas Street until the Northern Quarter gets considerably less bustley in Back Piccadilly.

You keep moving past Kebabish, past Takk, Whiskey Jar and El Capo, until you reach Boohoo.com headquarters; keep going a tad bit further until you reach the perimeter of the Piccadilly Basin.

I think. I found it anyway.

As it turns out, that’s the very reason it’s named North Star: ‘a guiding light to good simple food’.

Most know the deli from its 2003 established delicatessen in Chorlton. North Star in Piccadilly feels similarly suburban. Like an archetypal grandmother’s pantry, shelves are filled with spice jars, pots of loose leaf teas, homemade jams and lemonades from France (Oh!). Everything’s neat, ordered, clean and homely.

Inside, a sharply dressed woman tells her companion. “It’s one of the better cafes here,” as I sit down. Being my first visit, I'd find it was.

From the menu I was to stay simple and ordered a chicken, bacon and guacamole sandwich on malted granary at a steep £5.95. £4.50 to take it with you. 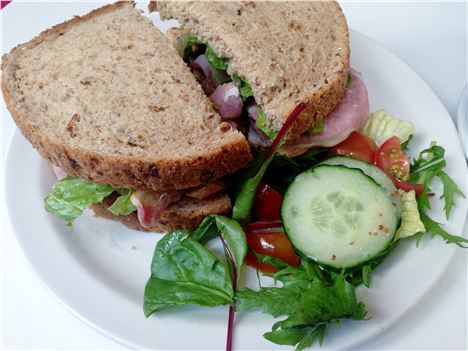 Once butties edge past the £5 mark I’m inclined to get picky. It soon redeemed itself with flavours and its large size. It was stacked with quality chicken and bacon and buttered with smooth guacamole that provided a subtle bite with a hint of spice in the mix. Served with salad, it was all laid on the softest bread. This was no buttie, but a mature sandwich.

I’d also find North Deli and its  ‘qualified baristas’  take coffee very seriously and was presented with one of best mochas I’ve had in the city.

Hot and more chocolate than the coffee it felt like the coming change of season. 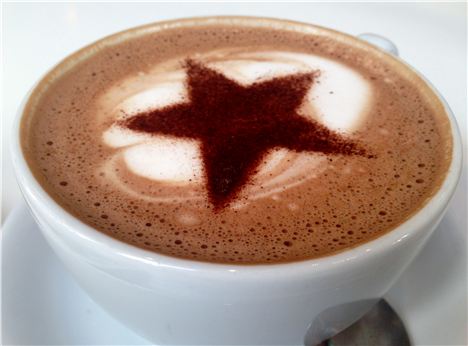 With the cakes I chose a lactose and glucose free apple and almond. Light, delicate and thoughtfully made - it was a completely forgivable treat. 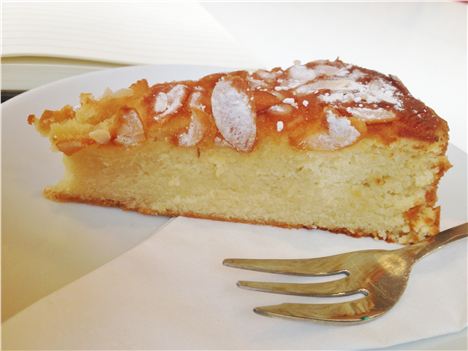 Lunching here should be reserved for quiet days: you sit, relax, talk, read and just lose a couple of hours.

Two teenage boys flounced in from the street to disturb my little haven, though.

“Is this PG tips?” shouted one to the waiter.

“It’s a special blend,” replied the waiter with a wink.

“I’ve dropped the string in,” said the boy dipping his hands into the hot water.

“Fish it out yourself,” the waiter laughed.

I liked this waiter. I even liked the noisy teenagers. Aside from steep sarnies, I liked the whole place. It's of a special blend. Not three star but definitely a star in this area of the Northern Quarter.

ALL SCORED CONFIDENTIAL REVIEWS ARE IMPARTIAL AND PAID FOR BY THE MAGAZINE.

Rating: 15/20 (remember venues are rated against the best examples of their type - see yellow box below) 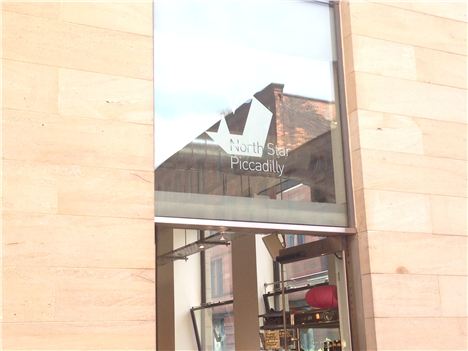