MANCHESTER has been hailed as the UK’s leading shopping destination outside of London.

A noted increase in high street rents in Manchester – rising by 6% in 2016, with some shopping centre rents increasing by some 8% - signifies the city’s growing presence as a retail front-runner.

While the capital continues to dominate Europe’s retail market in scale, store openings and customer spend, Manchester impresses with its varied, ‘original’ and contemporary retail offering.

Manchester’s status as the Northern Powerhouse is also said to be positively impacting its retail ranking.

According to the Colliers' report, Manchester’s high street is benefiting from a surge in the city’s hotels and tourism and overall investment in its infrastructure; with more prospective developments expected for the city centre this can only continue to have a positive impact. 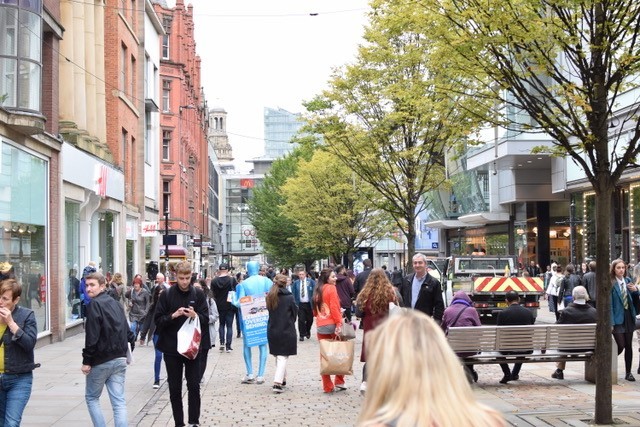 The report is very positive, despite frequent closures of big name brands marring the Manchester high street in recent years.

King Street, for example – once celebrated for its diverse designer offering – has lost the likes of Hermes, Timberland and Whistles in the past few years, blamed mostly on increased rents and the rise of the booming online shopping market. Though, conversely, once London-centric brands such as & Other Stories and Oliver Bonas have recently opened up for the first time in Manchester.

So should our high street breathe a sigh of relief?

David Fox, head of retail agency North at Colliers, warned that the city still faced ‘major challenges’ due to increased spending online but cited the ongoing transformation of the city centre, including the momentous rise in restaurant and bar offerings, was helping to ‘capture spend’.

He said: “ As this process of diversification continues the years ahead should demonstrate strong returns for those investors who share the vision to innovate as Manchester evolves – consumer spending will match development growth and put the ‘r’ into ‘etailing’.

This is promising research, though it may be right to assume the increase in rents could be deterring some of Manchester’s independent retailers to set up shop.